← A Meditation on Knowledge, Wisdom, and Understanding
Three Questions About Calling →

The Bible isn’t written to me 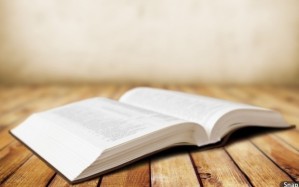 We have a problem with the way we read the Bible.

The problem has its root in our self-understanding. Put another way, it is how we think of “me.” Modern (or postmodern or whatever) Western culture places overwhelming emphasis on the beliefs, preferences, and untethered identity of the individual. This is often called individualism. Individualism exercises significant power in shaping our understanding and approach to the world–and for purposes of this post, the way we read the Bible.

The biblical picture of “me” is fundamentally different than our modern perspective. In our culture the “me” comes first. The way the Bible is written suggests that “we” should come first. In other words, do we see a collection of “me” forming the “we” or “me” as a part of the “we.” Sheesh, I’m confusing myself with all this we and me. Let me illustrate.

Consider the self-understanding of the Israelites—the chosen people of God. Their favored status with God was something they received as a people. Ebenezer was not chosen by God because he was Ebenezer, but because he was an Israelite. His connection with God began with the “we” of being an Israelite. However, this did not negate what he did or who he was individually. His faithfulness to God, or lack thereof, contributed to the overall faithfulness of the Israelites. His actions impacted the community. As he lived faithfully he set an example for others and contributed to the faithfulness of the people as a whole. As he was unfaithful it began to undermine the faithfulness of the people as a whole. So his “me” was firmly situated in the reality of the “we.”

This impacted the reading of Scripture. The books of the Old Testament were a community history (books like Genesis and Exodus), instructions for community life (Leviticus, etc.), and God speaking through the prophets to the whole people (Jeremiah, etc.). All of this literature was received in community and understood from the perspective of “me” being a part of “we.” It had individual implications, but these implications were rooted decidedly in an understanding of being a part of the whole.

What about the New Testament? This paradigm is strongly echoed by Paul in 1 Corinthians 12 where he is talking about the now-chosen people of God, the Church. He says the people of the Church are a body. What each one does affects all the others. The “me” of each individual is important, and this is largely true because each “me” affects and forms the “we.”

The Gospels were written to serve as a witness to the truth of who Jesus was and what he did. This formed the foundation of the Church as it took shape. The Epistles of Paul were certainly not written to individuals. They were sent to an entire church and read aloud to everyone. They were received in community, not by individuals in a study. This doesn’t mean it is wrong to sit alone with these letters, it is wonderful! However, we should be careful to remember that they were written to communities. Places where the “me” was fundamentally a part of the “we.” The individuals who heard the letters of Paul heard them BECAUSE they were a part of the whole. Had they not been they would not have heard them.

With this understanding we can certainly still read the Bible and ask what it’s implications are for me. However, by understanding ourselves as a part of a community I think we will ask that question in less isolation. It is not just a question of what the implications are for me alone in relationship to God, but me in the context of a community that is in relationship with God. The questions can be the same, the framework is just different. And each of us, as individuals, still need to make decisions about the things we do, be aware of how we are being shaped by God, and make decisions to live as followers of Jesus. We just do this with the understanding that it’s about more than just “me” and that these decisions have an impact on the whole.

An Indiana transplant to Colorado.
View all posts by Trevor Lee »

Posted on February 27, 2015, in Uncategorized. Bookmark the permalink. Leave a comment.

← A Meditation on Knowledge, Wisdom, and Understanding
Three Questions About Calling →